Sights and Cities of the Neighbourhood

Hilden with its app. 55.000 inhabitants is located between the major German cities of Düsseldorf, Cologne and Wuppertal. It is conveniently located near the airports of Düsseldorf and Cologne/Bonn. The connection to the trade fairs in Düsseldorf, Cologne and Essen are also excellent, no matter if using the highway by car or the public transportion system.
The pedestrian zone of Hilden is only a 1 minute walk away from the Hotel am Stadtpark and a popular place for shopping and strolling. It also offers a variety of restaurants and bars with outdoor catering facilities in the city’s old marketplace which are perfect to enjoy not just in the summer.
The city is also well known for its multitude of festivals, and attractive events like the widely known jazz days.

Düsseldorf is the provincial capital of North Rhine-Westphalia and an important centre to economy, traffic and culture in Germany.
Düsseldort Airport is the international hub of North Rhine-Westphalia.  There are two inland ports and several renowned universities, e.g. the “Kunstakademie” (Academy of Arts).
It is the center of many quoted companies as well as of banking and stock exchange. Furthermore it is a top-selling fashion and advertising location.
The City is well-known for its shopping mile “Königsallee”, the historic section of the city with its “longest bar in the world” and for its carnival.
There are also numerous museums and galleries which invite tourists as well as Düsseldorf’s citizens.
Furthermore Düsseldorf is very important for Japan, as 80% of app. 500 companies from Japan in Germany are located in the region of Düsseldorf.
The biggest Japanese colony and the Japan Day, the most importand German-Japanese festival emphasize this intercultural friendship. 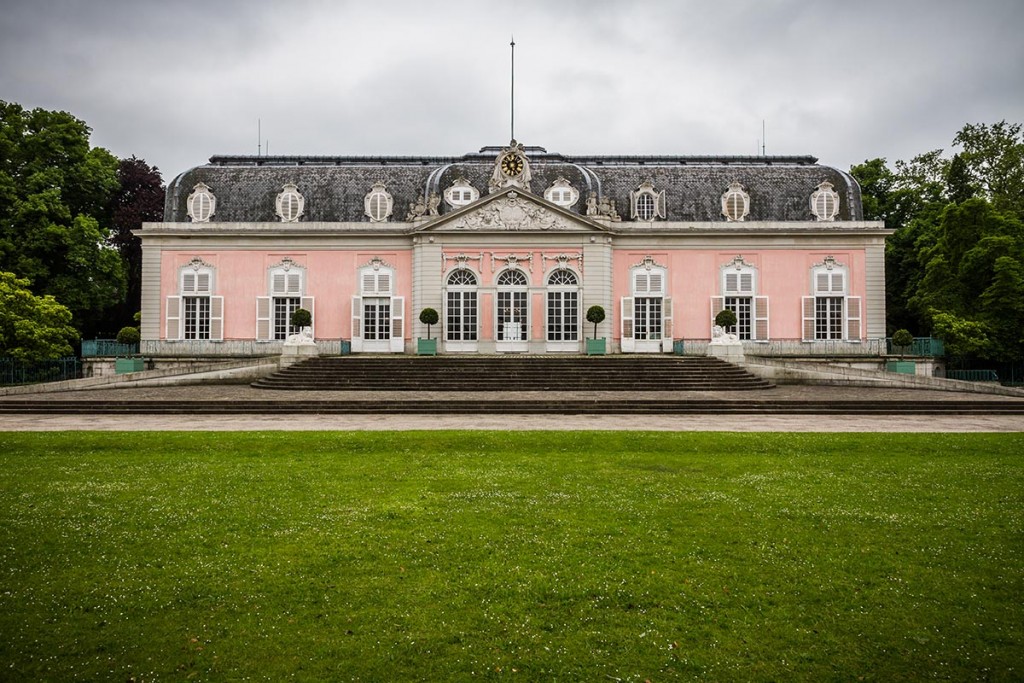 Benrath Castle, once a royal summer residence, is less than 5 km away from the Hotel am Stadtpark and located in the south of Düsseldorf.
In the Corps des Logis, alternating exhibitions and musical events are held, which can be booked in advance via telephone or personally at the museum counter.

One of the landmarks and symbols of the city is the Rhine Tower, its total height is 240,5m and the observation deck is at a height of 170m.
At the media port you can also see the Gehry buildings (named after the designer Frank Gehry) with their façade curvature without base, so the buildings look like a sculpture. 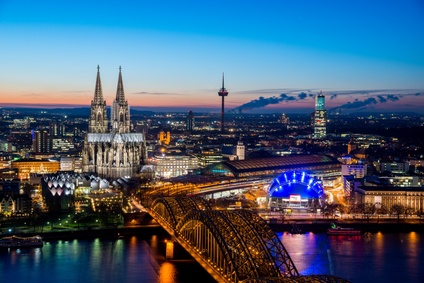 Cologne is the biggest city of North Rhine-Westphalia.
The city is well-known for its architectural heritage and for its events of international relevance.
Cologne Cathedral is Germany’s most frequently visited landmark.
Cologne is a leading centre of the worldwide dealing in art at an important place of business for many TV stations, record labels and publishing houses.
In Cologne you can find one of the biggest universities and the biggest University of Applied Sciences in Germany.
Furthermore Cologne is famous for its important exhibition venues and the stronghold of carnival as a rival to Düsseldorf’s carnival. 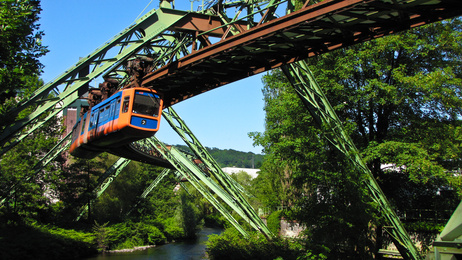 Wuppertal, also called “Großstadt im Grünen” with its more than 340.000 inhabitants is the biggest city of the so-called region “Bergisches Land” (big city within green nature) and is located in the south of the “Ruhrgebiet”.
It is woldwide famous for its aerial tramway, the “Schwebebahn”. Wuppertal is also well-known for its big zoo and the greatest variety of religious denominations in Germany.